Sculptural, big, over the top hats made from plastazote patterns

Dec 6, 2010 | 'How To' guides and tutorials on how to make and design hats and headdresses and work with millinery materials | 7 comments

In my last post I wrote about how to make a cardboard former for a sculptural hat.  This former can be used to generate a pattern, which is then cut out of fabric, buckram or plastazote.

So I thought this post would be a good chance to show you some examples of when I have used a cardboard former and the sculptural hat that it created.

First up is a sculptural flame hat made for entertainer, mime artist and juggler Jason Maverick.  This was the first time I used the cardboard former method, and it saved a lot of time and also saved me wasting plastazote (an expensive material).  I covered the cardboard in masking tape and then cut up the masking tape shell into strips.  These were my pattern pieces. 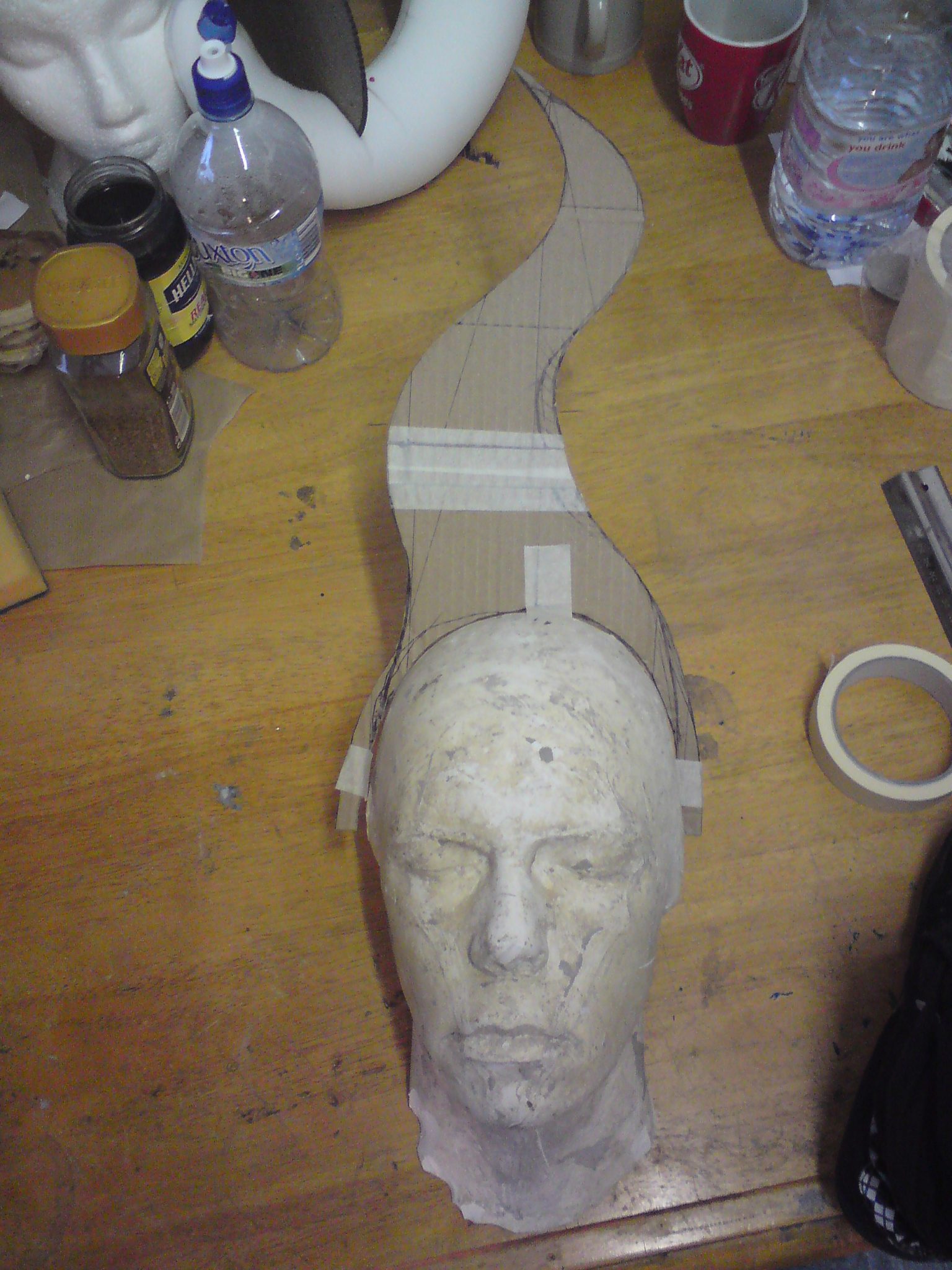 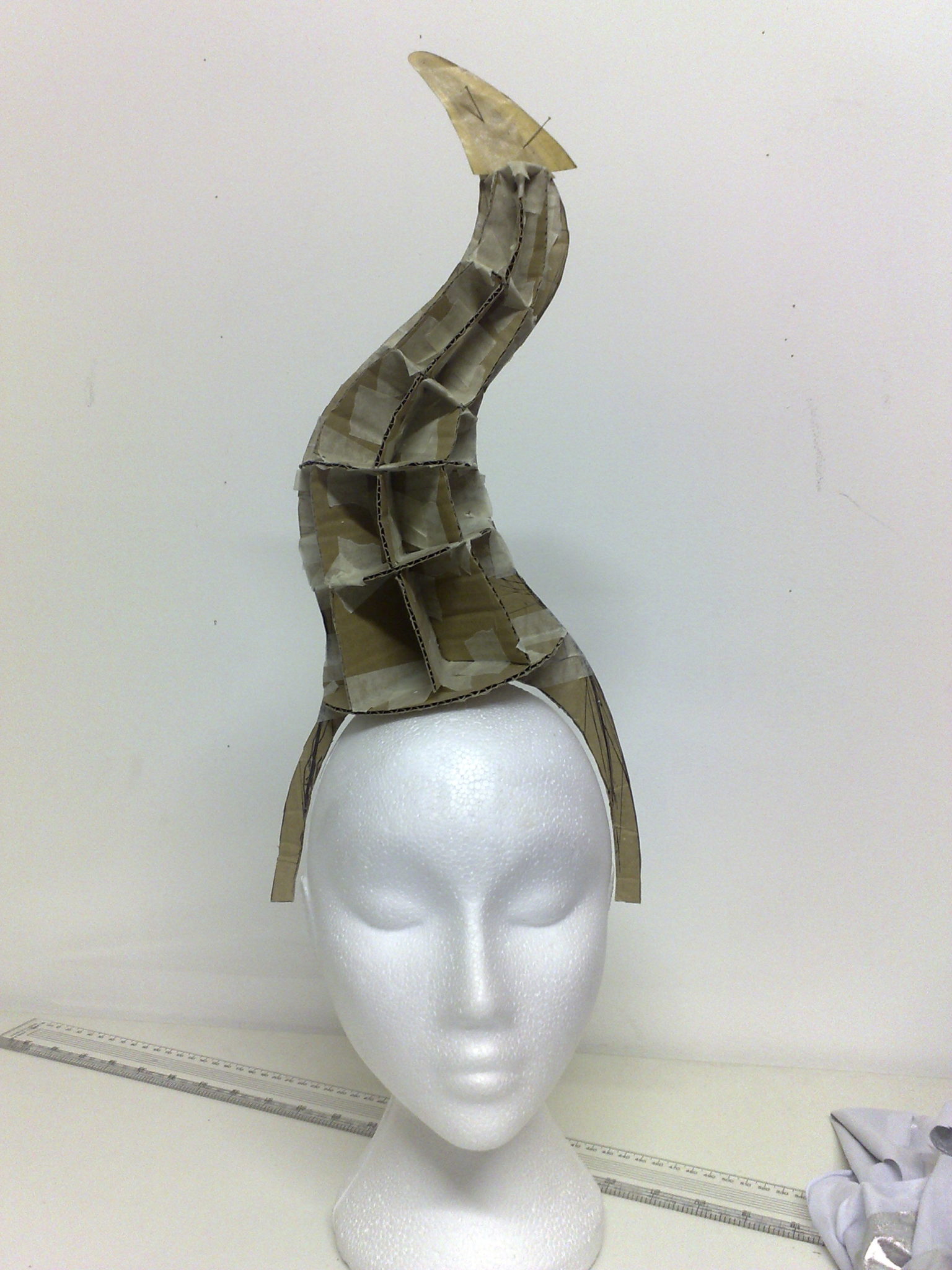 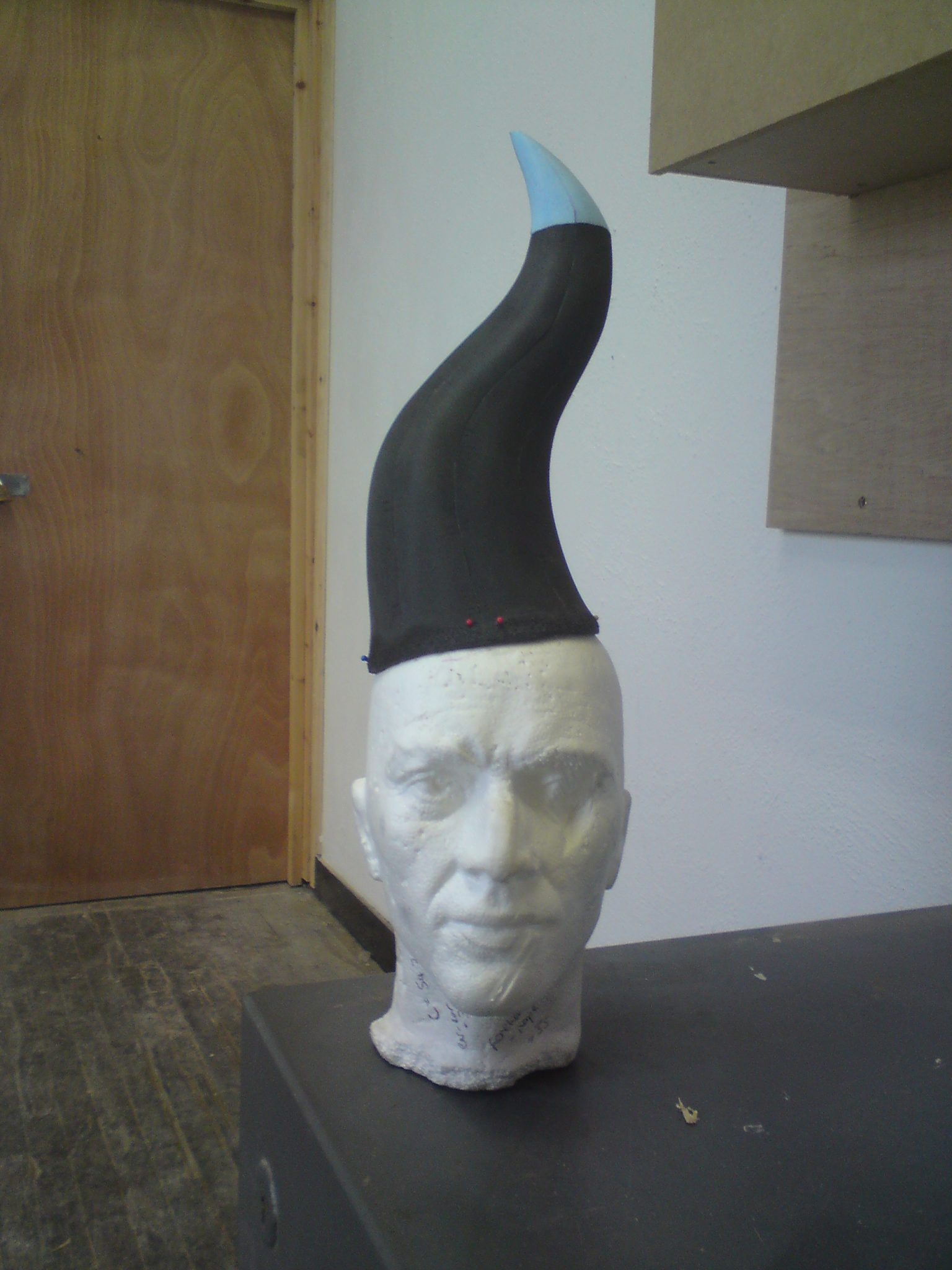 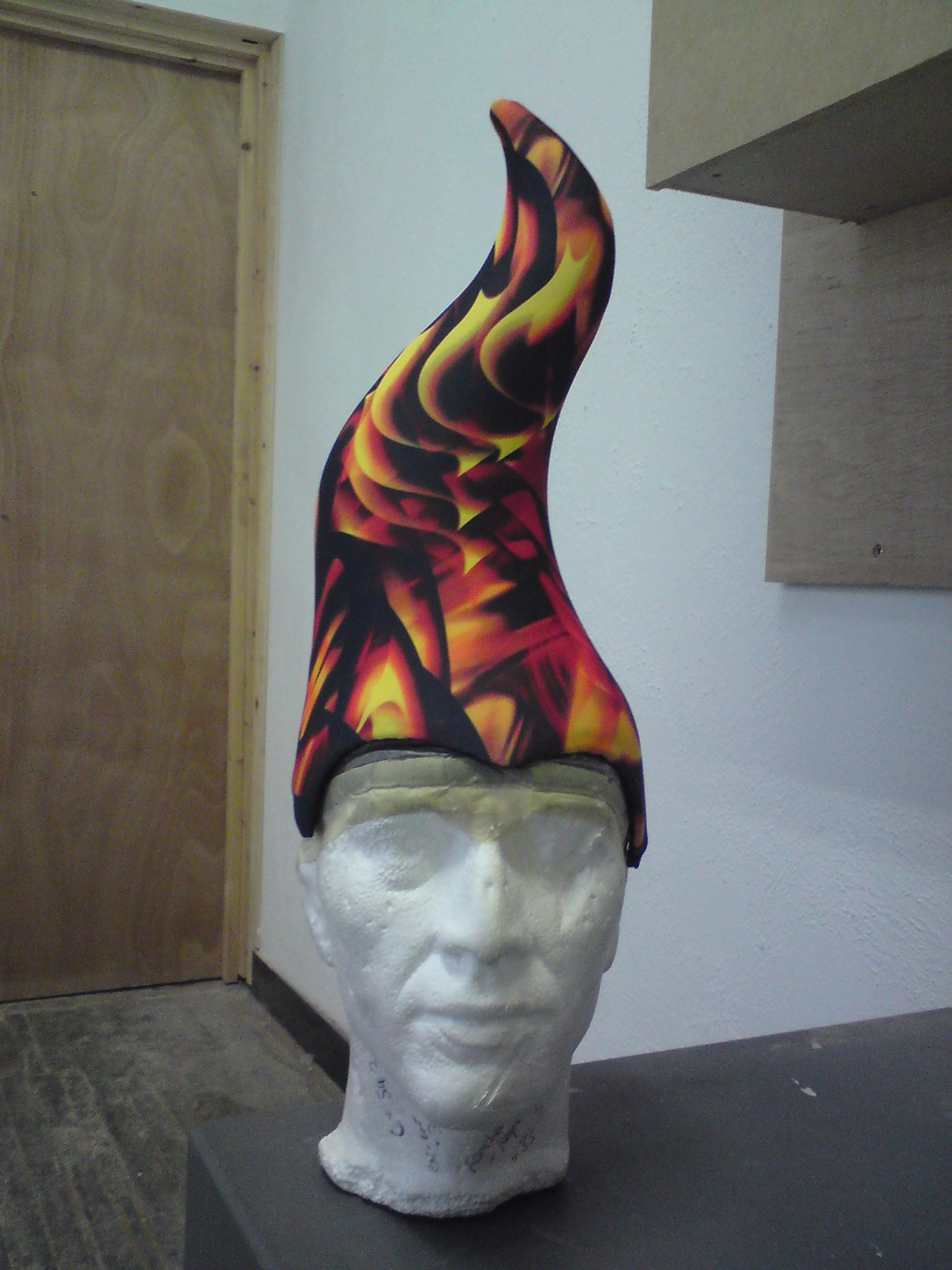 Next former to be posted is the one I used to create a huge promotional headdress.  Bottle PR asked me to make a wasp nest headdress to be photographed at Henley Regatta.  The hat was to promote the website http://www.waspwatch.co.uk/.  They wanted it to be as big and eye catching as possible, so plastazote was the ideal material to use as it is structural but light weight.

I’ve added the three designs, because it was really important to design this on paper first of all.  Through emailing pictures to Bottle PR we realised that the client wanted a very literal  wasp nest.   It also gave me a design that the client had approved so that I could reference it for proportion and height of the plastazote structure. 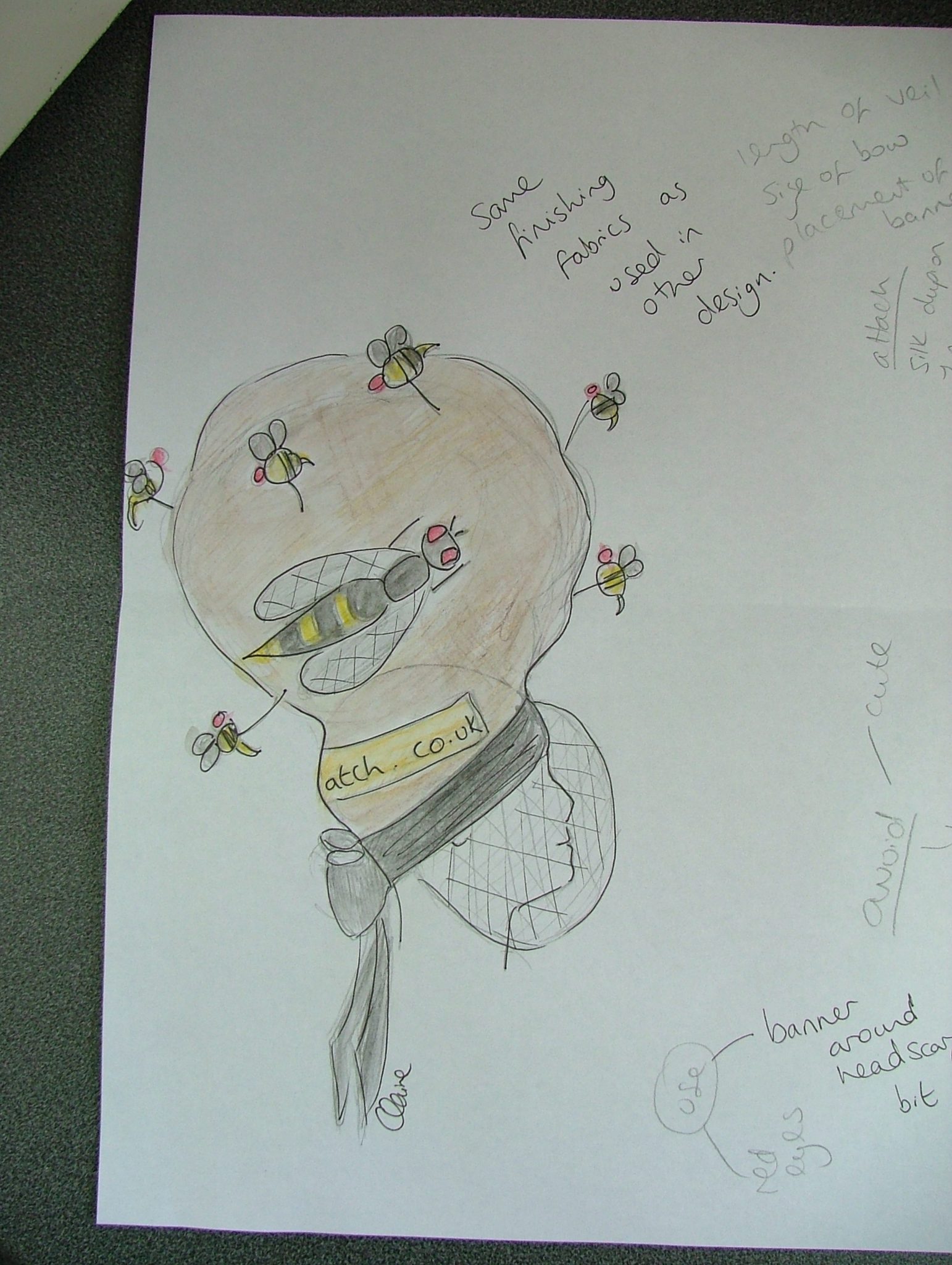 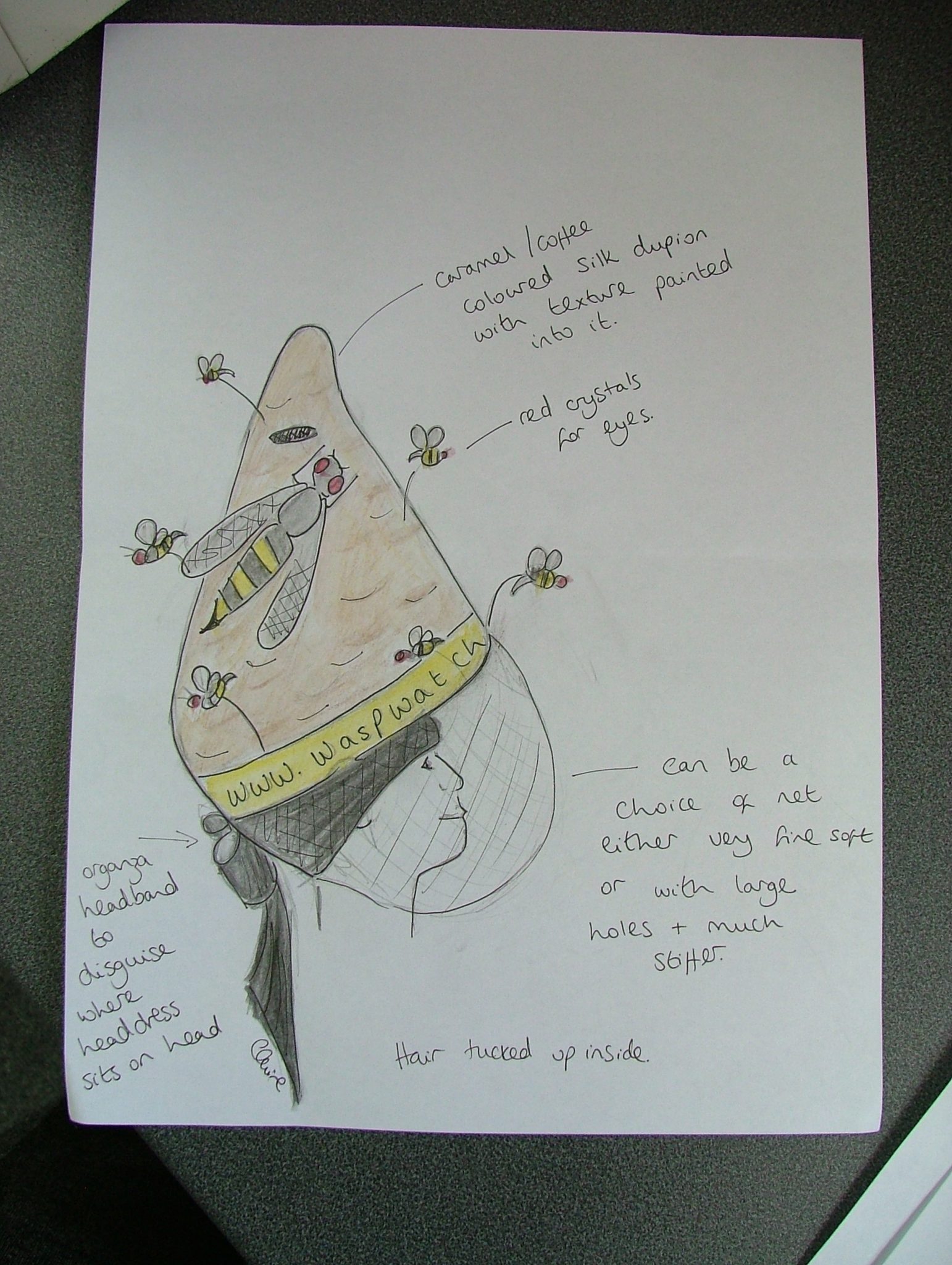 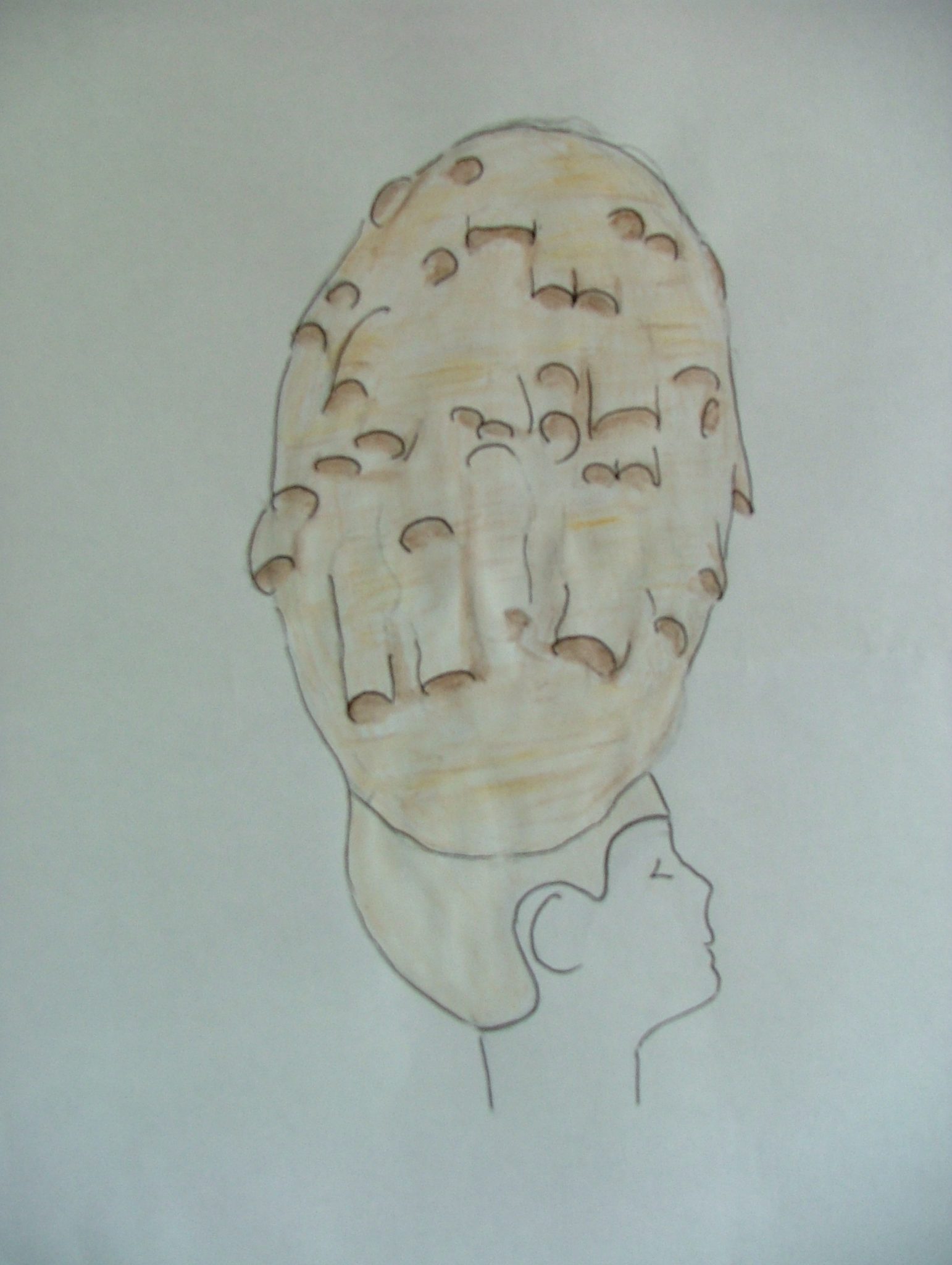 This was the approved design.  (but was to also have a fabric tie around the hairline, as shown in the other designs). 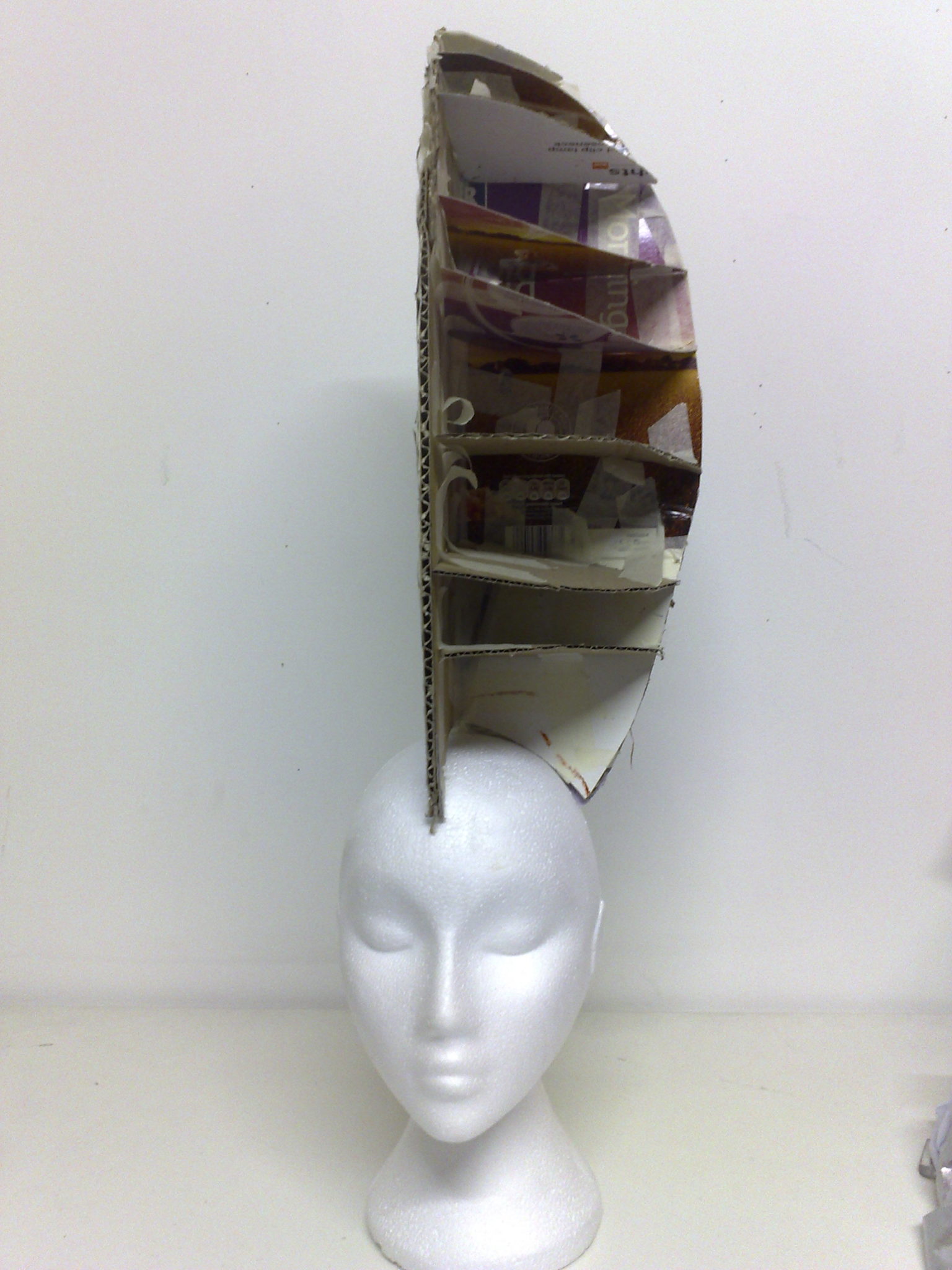 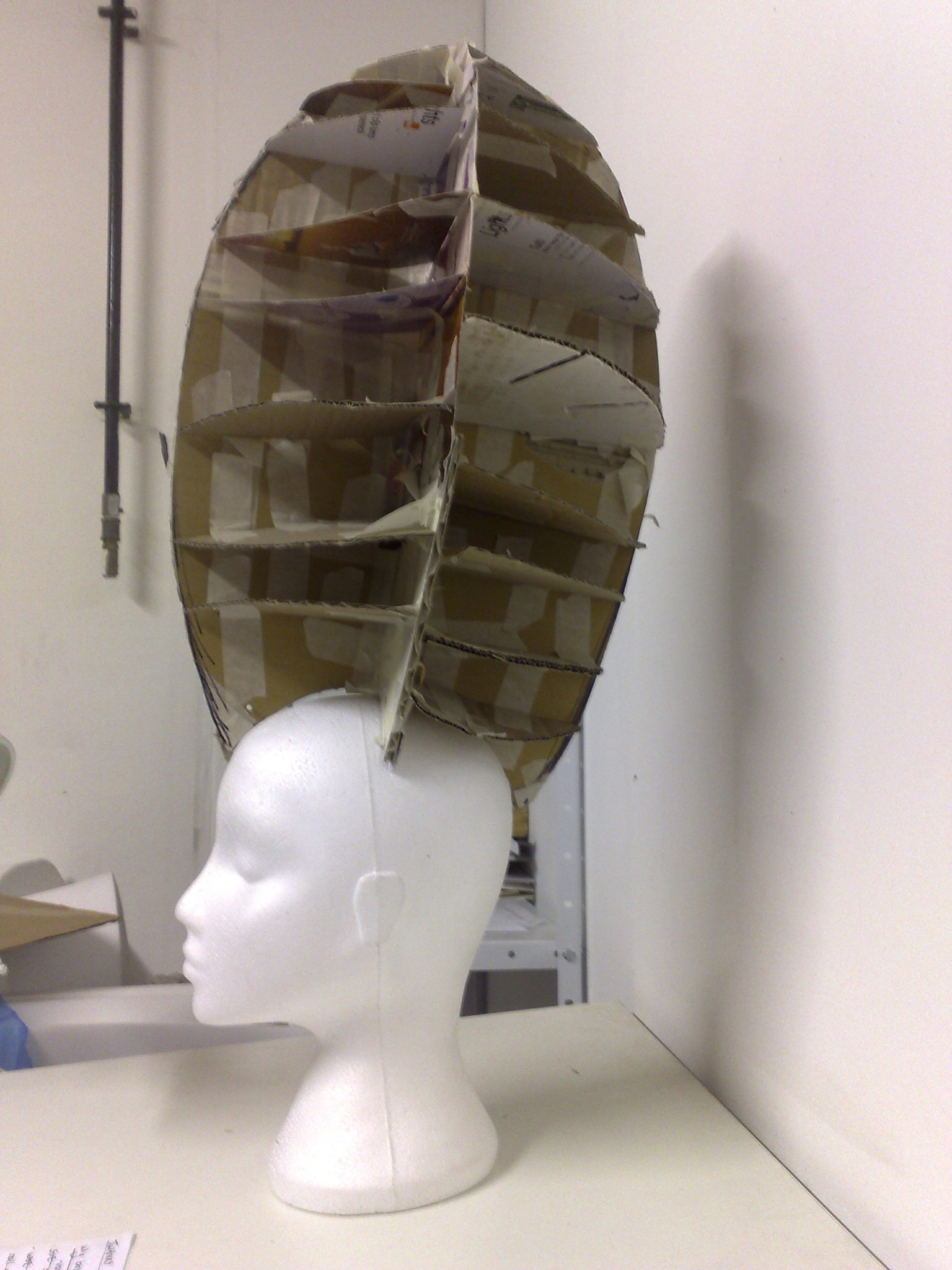 This former is a good example of how you only need to create a pattern for half of the shape if it is symmetrical. 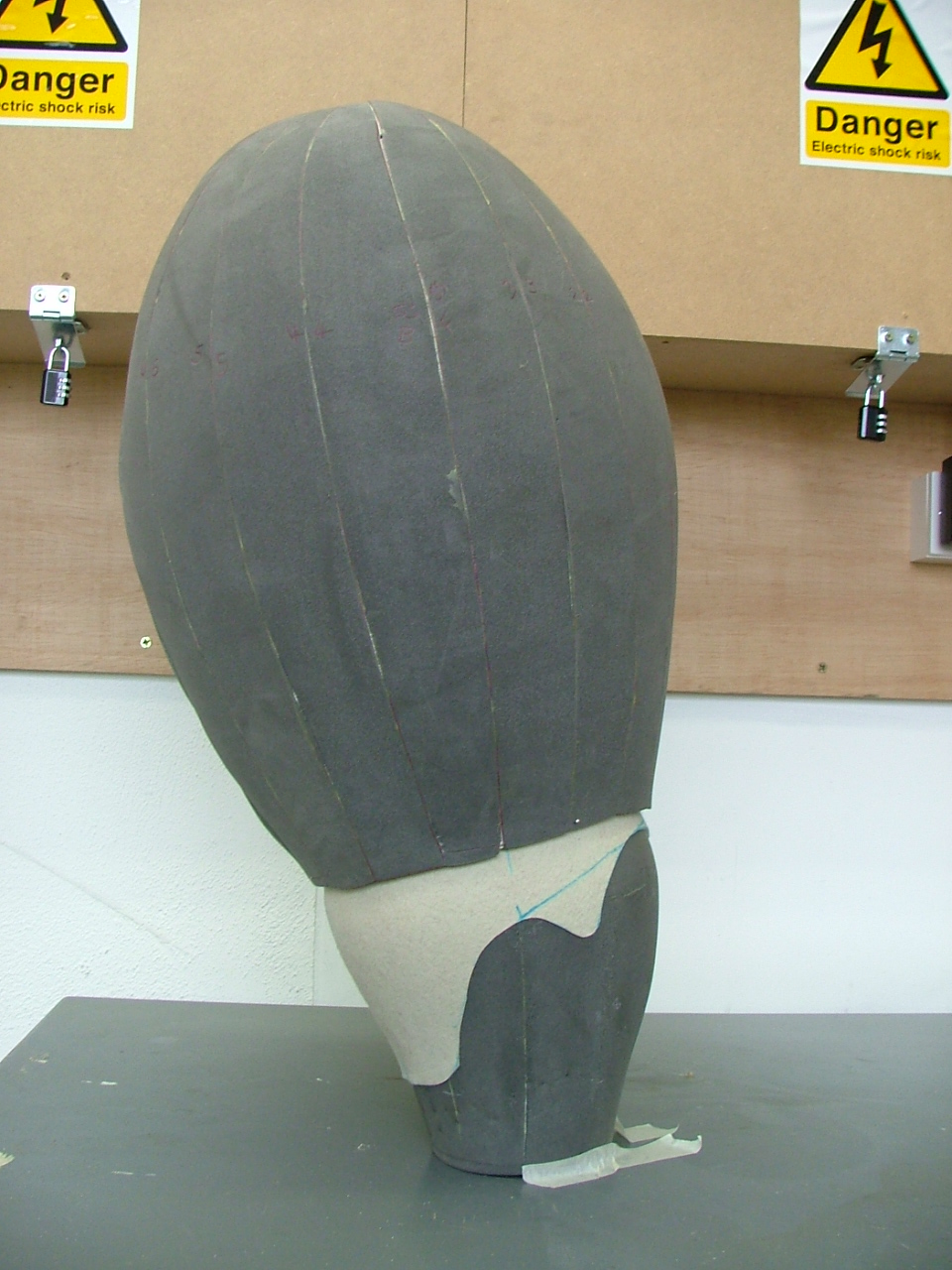 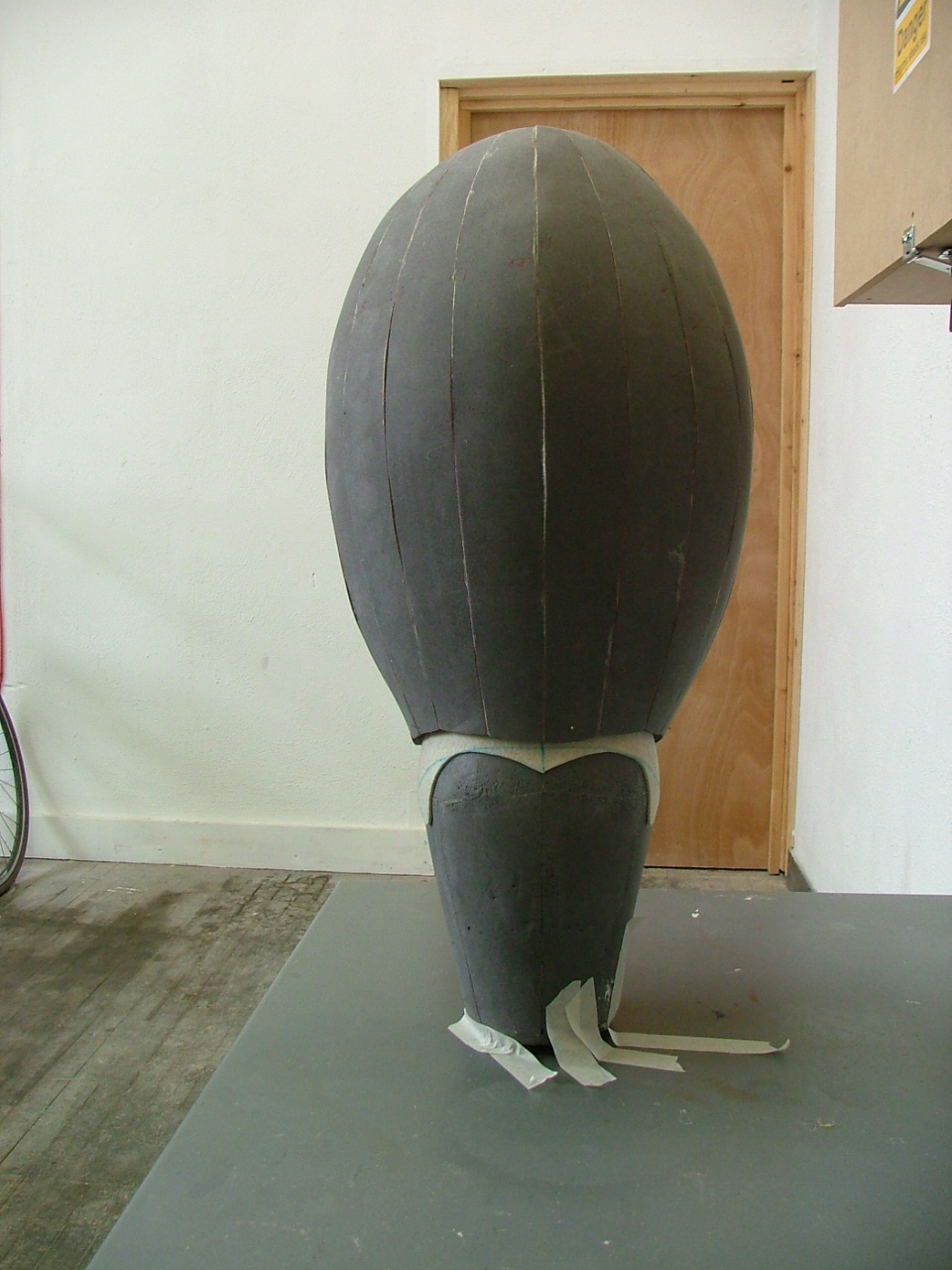 The next former in this post is the one I have most recently made.  It was for a fish headdress that is currently being worn by the Dame in Aladdin at Watford Palace Theatre.  It is one of my favorite sculptures so far, especially after Cleo Pettitt (the designer) painted on some glittery accents. 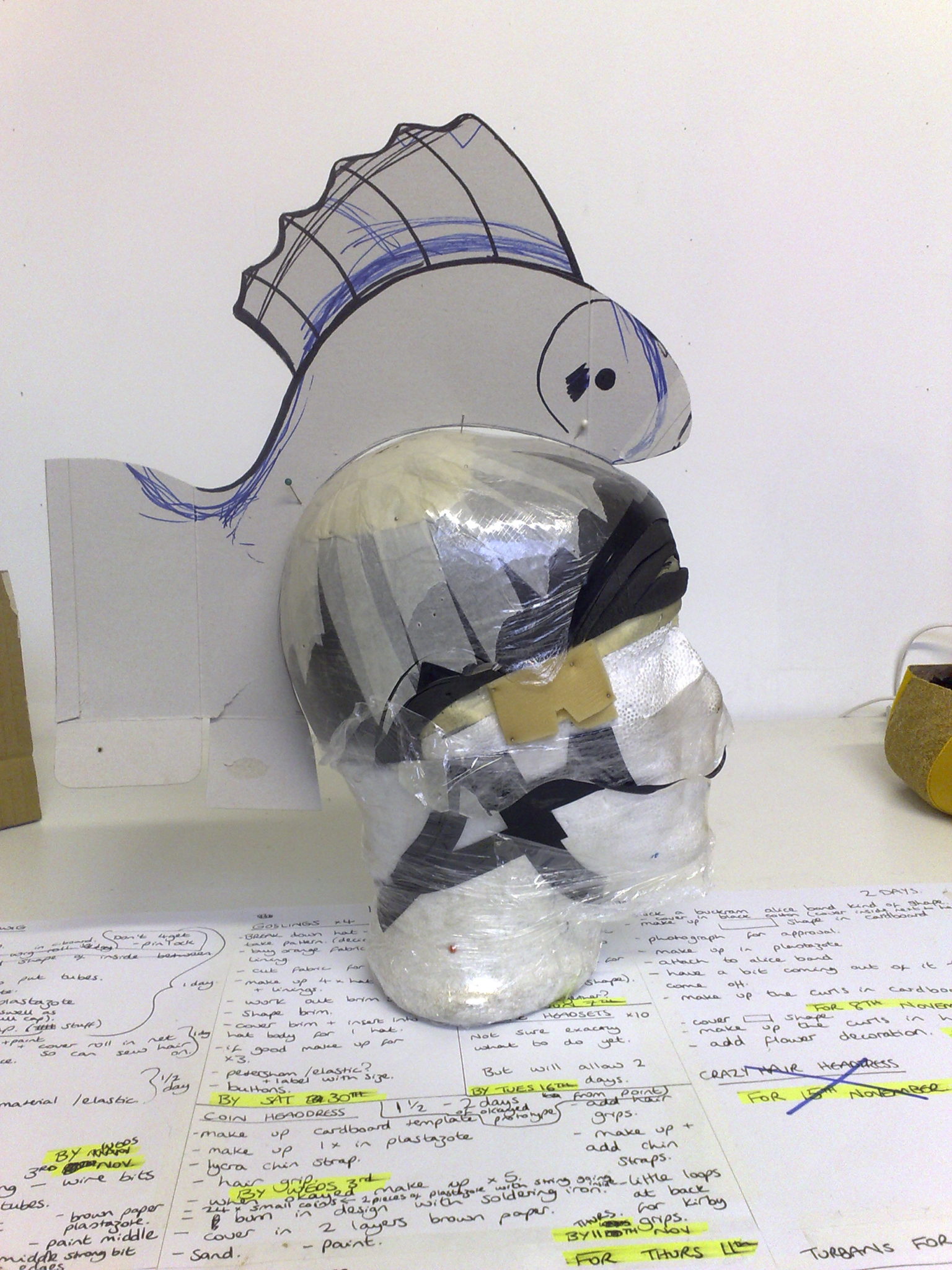 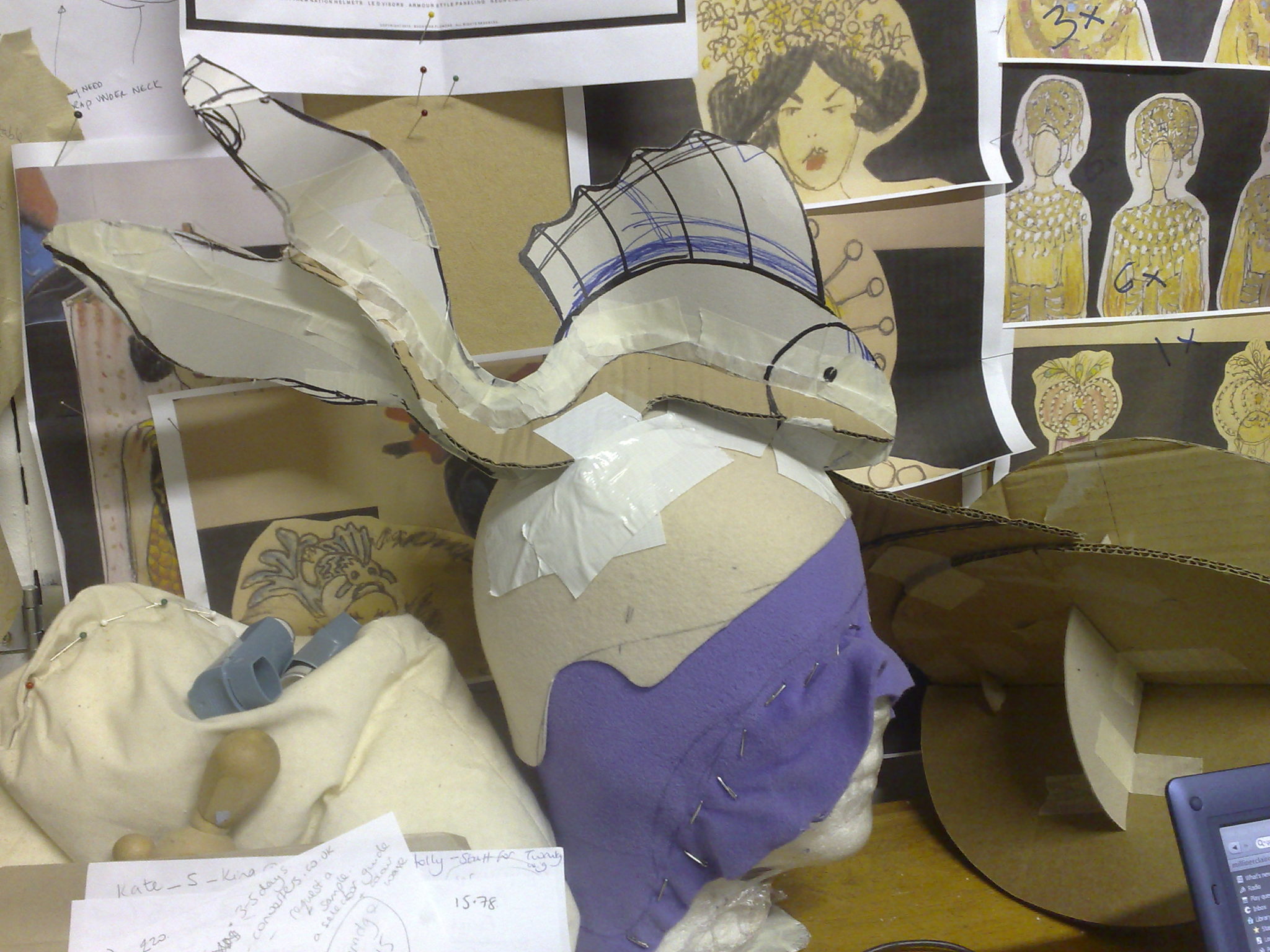 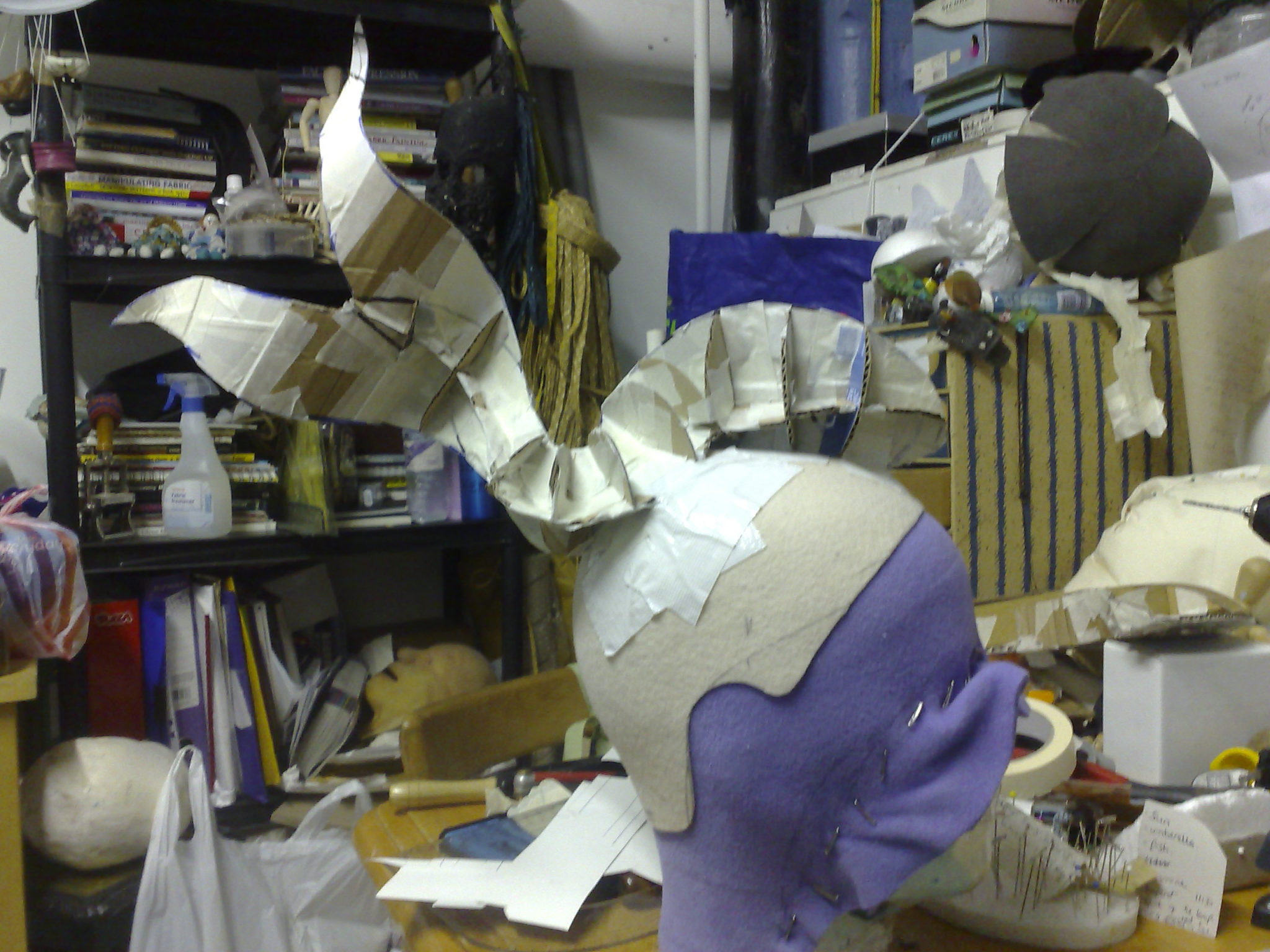 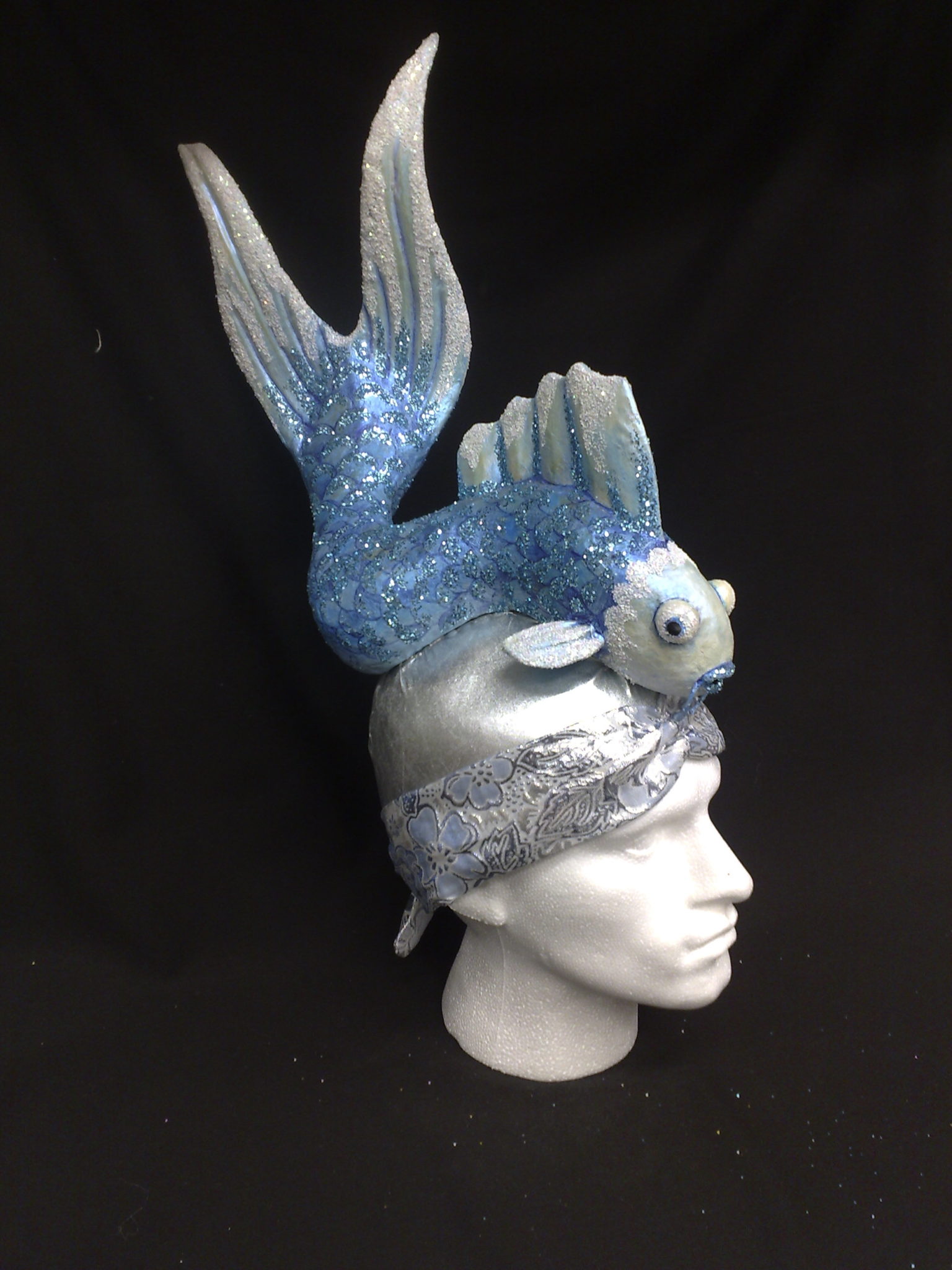 So, for the final former I’ve put in the one I used to make the guardsman’s hat for ‘The Firework Maker’s Daughter’ which is currently onstage at Birmingham Old Rep Theatre until the end of January 2011.

This was the first former I made for the Guardsman’s hat.  However, Jackie Trousdale the designer was concerned with the height of the hat as it could signify he was more important than the King.  But that is the great thing about making up hat stuctures in cardboard first of all.  I was able to easily adapt the former and create the new one pictured below: 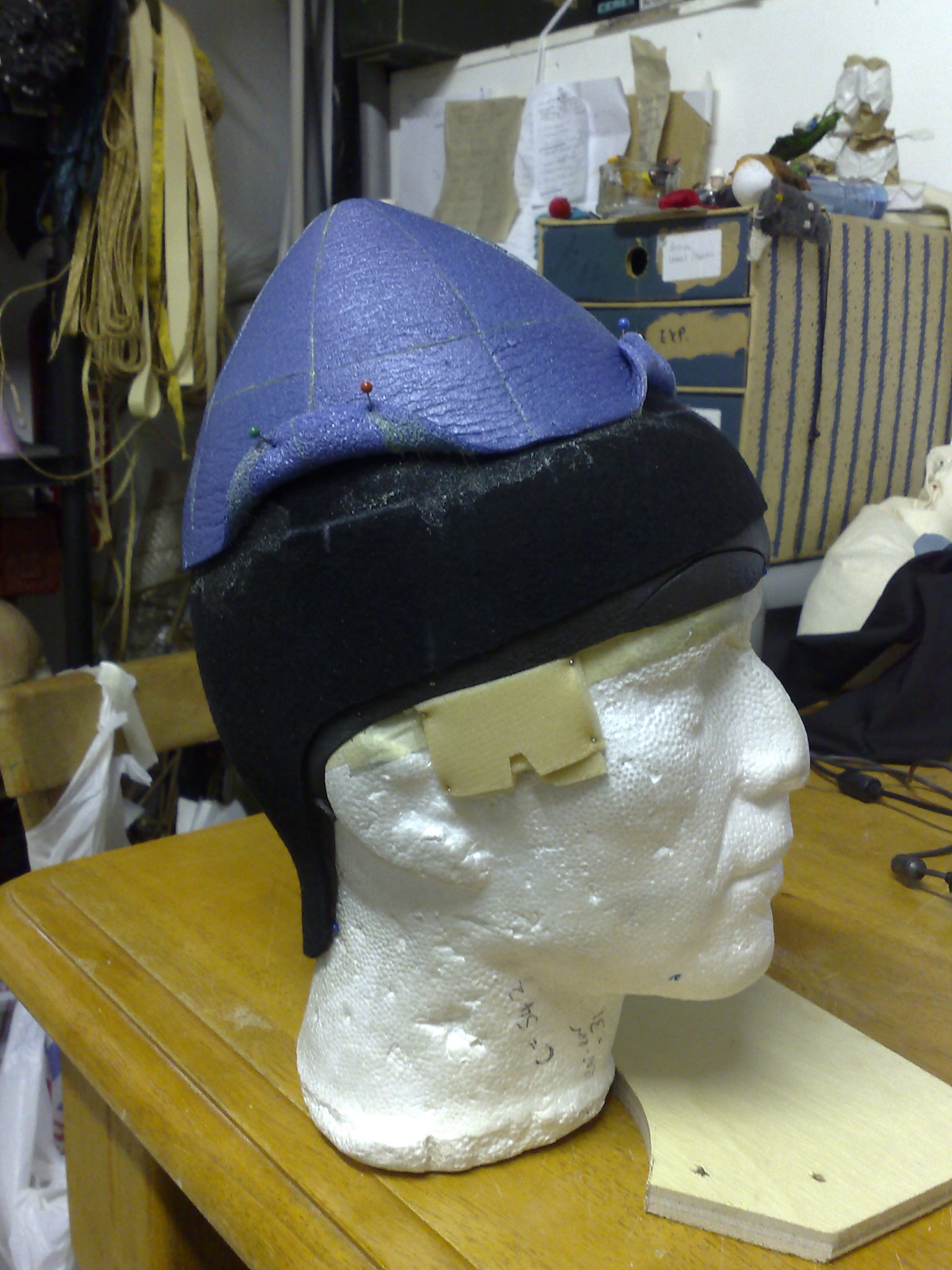 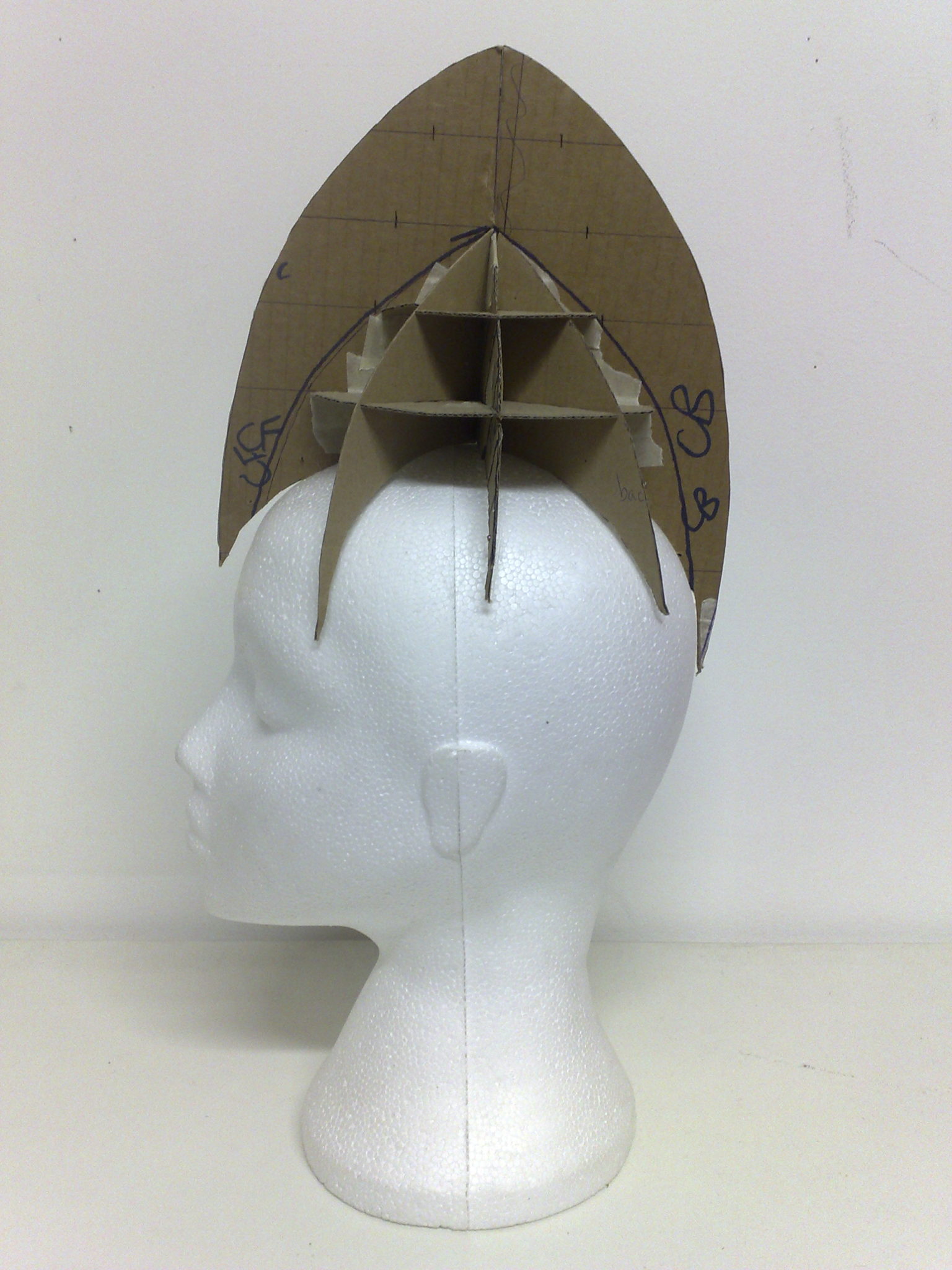 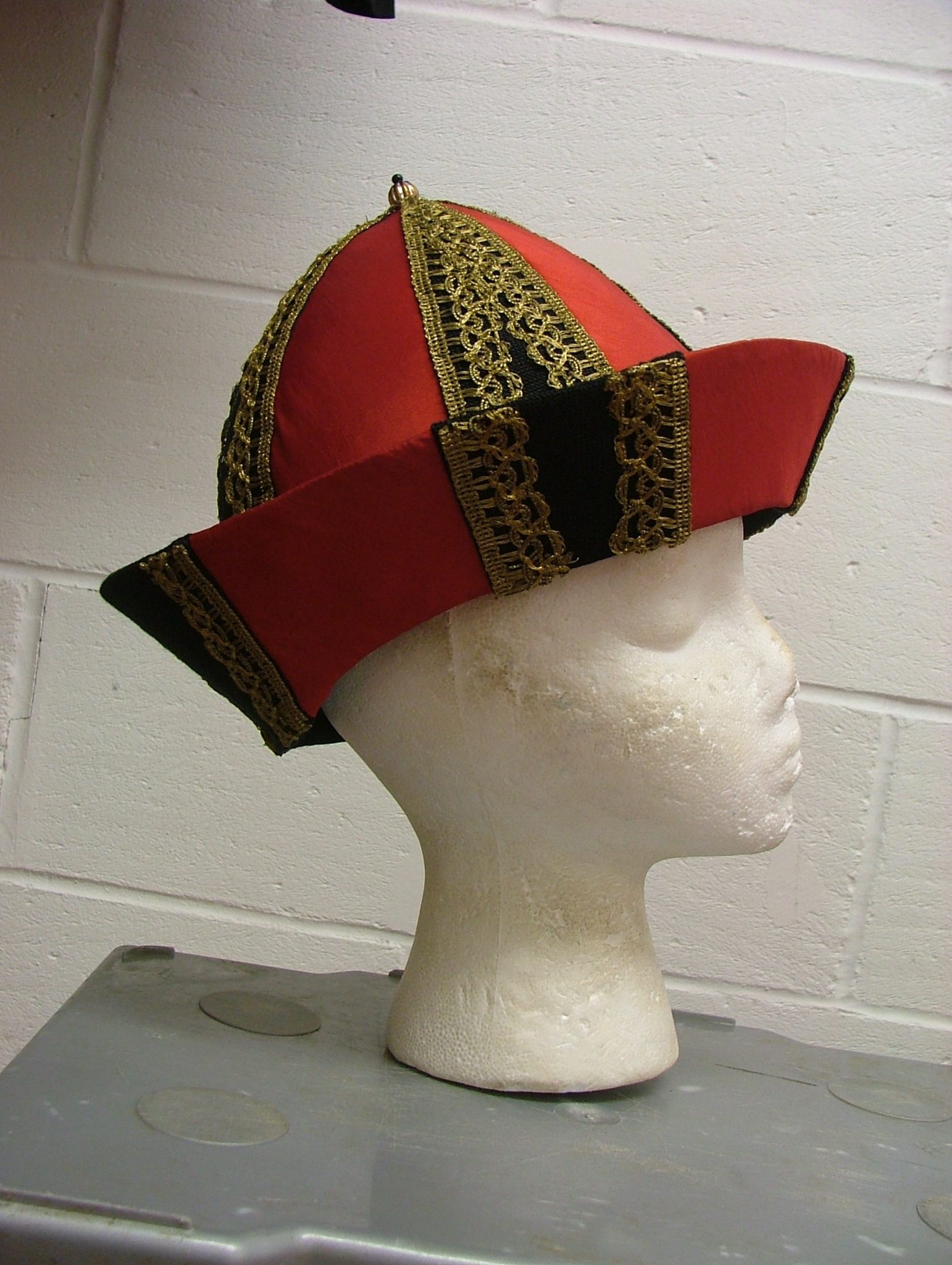 So that’s it.  That is what I use cardboard formers for.  They work really for creating patterns for organic crazy shapes with lots of curves and angles.  One last note is that when our studios had an open weekend somebody commented that they were like the sculptures of Russian Constructivist Naum Gabo.  Which is funny, because Gabo’s head in the Tate is one of the first sculptures that I fell in love with.  I think it is beautiful and in case you don’t know it, here’s a picture. 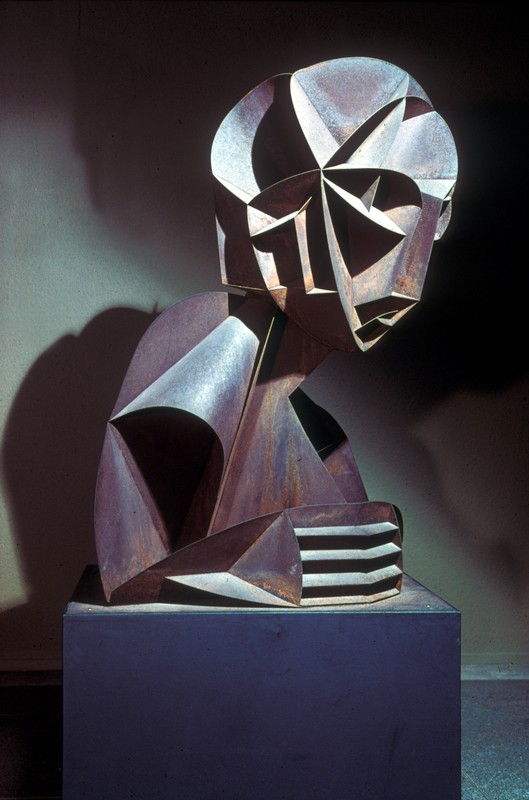 NOTE: I have learned since writing this post that these forms are called slice forms. And click here to see a breathtaking example of slice forms taken to a high level of finesse and beauty. Art works by Richard Sweeney, inspiring.